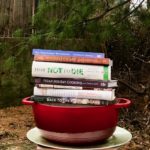 For some people, it can be hard to find the perfect holiday gift. But a book can be a great, thoughtful idea if you know something about the person and something about the book. For vegans this can be more challenging, but AVS is here with personality-tailored suggestions for everyone in your life, vegan or otherwise. Some of these are brand-new, and others are books you might not have thought of. But all will bring a smile to your recipient’s face and maybe light a fire in their heart.

.
THE CHEESEHEAD
Many folks considering veganism see cheese as a major obstacle: “Who can live without cheese?” According to recent studies, that may stem from the physically addictive properties in this substance. Neal Barnard, who sounded the cheese-addiction alarm more than a decade ago, is here to help, with The Cheese Trap: How Breaking a Surprising Addiction Will Help You Lose Weight, Gain Energy, and Get Healthy. If your recipient begins replacing dairy cheese and wants to eat a little less “healthfully” than Neal’s included recipes, they might also enjoy The Cheesy Vegan: More Than 125 Plant-Based Recipes for Indulging in the World’s Ultimate Comfort Food by John Schlimm, who succeeds as usual in making vegan cooking and eating fun, and in the process helps readers create both the cheeses themselves and fun comfort foods involving them.
.
THE CLASSIC
Maybe you’re one of the lucky few who have a longtime vegan in the family, who knows and appreciates the pioneers from years past. Send them on a delicious trip down memory lane with Vegan Holiday Cooking from Candle Café by the influential NYC café’s co-founder Joy Pierson along with Angle Ramos & Jorge Pineda. Or dig into the still-timely Eva Batt’s Vegan Cooking, an enduring classic that patiently spells out how to work plant foods into your diet, and has helpful add-ins like the matched list of nutrients with their benefits and sources.
.
THE NOVICE
Some people don’t like cooking, but others just need a nudge and some guidance on taking the plunge. Some of the best guidance for starting from the ground up is in Christina Pirello’s latest book, Back to the Cutting Board: Luscious Plant-Based Recipes to Make You Fall in Love (Again) with the Art of Cooking. Pirello not only supplies delicious recipes and colorful photos, but, true to her title, starts with the basics and walks you through knife skills on the cutting board (with pics!). Starting even closer to the ground is Apples, Bean Dip, & Carrot Cake: Kids! Teach Yourself to Cook by Anne and Freya Dinshah. Simple and easy enough for the pint-size among us, the book is also a great no-nonsense aid for grownups who are learning to cook.
.
THE PHILOSOPHER
Maybe your friend or family member is interested in the philosophy behind veganism, either because they’re checking out the concept or because they’ve already gone vegan and are exploring its roots. Maybe it’s a young person who’s interested in the social-justice aspect, or an old fellow who’s into philosophy in general. If any of these are operative, three great choices will fit that bill: Compassion: The Ultimate Ethic: An Exploration of Veganism by Victoria Moran pulls together diverse strands of history, philosophy and everyday practice for an illuminating read. The Nonviolent Revolution: A Comprehensive Guide to Ahimsa — the Philosophy and Practice of Dynamic Harmlessness by Nathaniel Altman explores an Eastern-inflected take on vegan living. And then there’s the granddaddy of them all, An Autobiography, or The Story of My Experiments With Truth by M.K. Gandhi. Everybody knows about Gandhi’s importance, but few take the initiative to read his actual words, unless someone puts them right in their hands — as you can!
.
THE TWOFER
Here are two books that pair well as a double gift partly because their titles resonate, and partly because of the large amount of vegan ground they cover. Virgin Vegan: The Meatless Guide to Pleasing Your Palate by Linda Long is great for new vegans, offering clear, comprehensive and practical advice along with a cookbook. As a counterpoint, you can include Anne Dinshah’s Dating Vegans: Recipes for Relationships, which does contain actual vegan recipes but also a good bit of insight and sometimes humorous anecdotes about the culture clash that can occur when vegans pair up with “ordinary” people.
.
THE SKEPTIC
Got a rational, buttoned-up uncle who erects a “scientific facts only” wall when it comes to vegan discussions? A couple of great options that make the plant-based case to that audience with the most compelling factual evidence in the world are A Guide to Vegan Nutrition by George Eisman, Registered Dietitian, by the guy who for decades did as much as anyone to establish science-based vegan-nutrition advocacy, and the NYT Bestseller How Not To Die by Michael Greger, M.D. That book laid out the case against dying in agony from animal-food-related diseases, and Greger has now followed it up with the recipe-heavy How Not to Diet: The Groundbreaking Science of Healthy, Permanent Weight Loss (Ships mid-December), this time going into more practical do’s than don’ts in creating and evaluating eating plans.
.
THE HISTORY BUFF
Really, anyone who enjoys either history or simply learning more about significant institutions will have a fascinating read ahead of them if you give them one of these two. The Origin of Christianity: The Pacifism, Communalism and Vegetarianism of Primitive Christianity by Charles Vaclavik ranges beyond the period in question, the first few centuries A.D., to discover both the pacifist roots of “Jesus the Nazarene” and the far-flung effects of his legacy in the works of veg-friendly thinkers. And Powerful Vegan Messages: Out of the Jungle for the Next Generation recounts the history of the American Vegan Society itself, through the tireless efforts and writings of H. Jay Dinshah, here elucidated and supplemented with commentary from his daughter Anne, as well as perspectives and reminiscences from many other vegan pioneers. A great companion to this book for anyone strongly interested in how veganism developed in the US would be a membership in AVS, a gift that, in more ways than one, truly keeps on giving.
.
— Vance Lehmkuhl 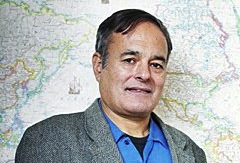 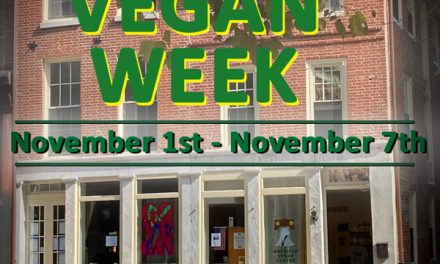 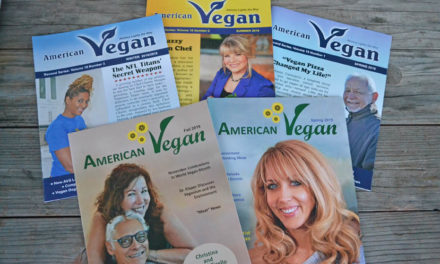 Give someone on your list a membership to AVS 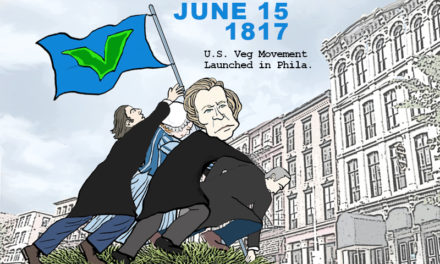