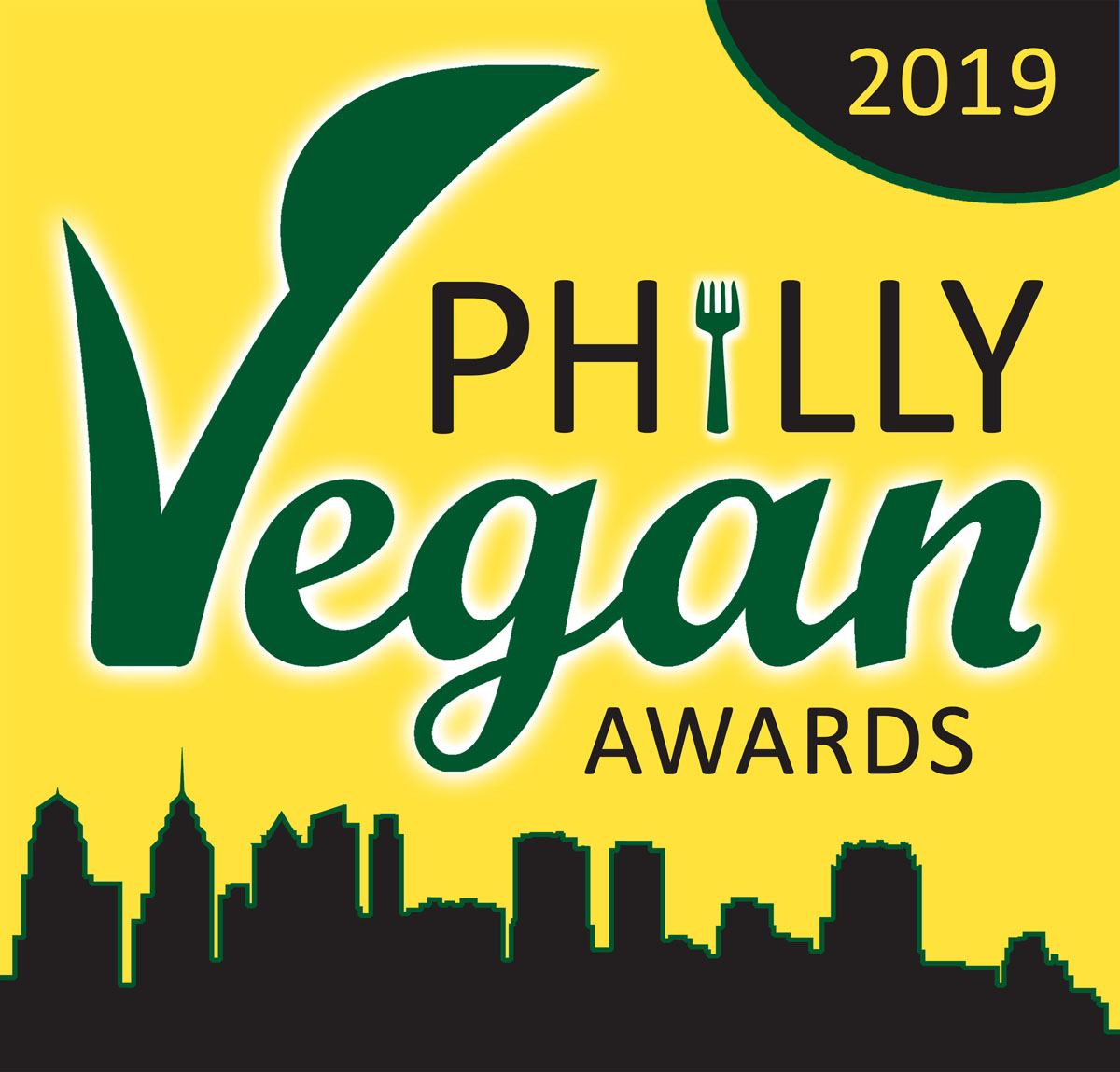 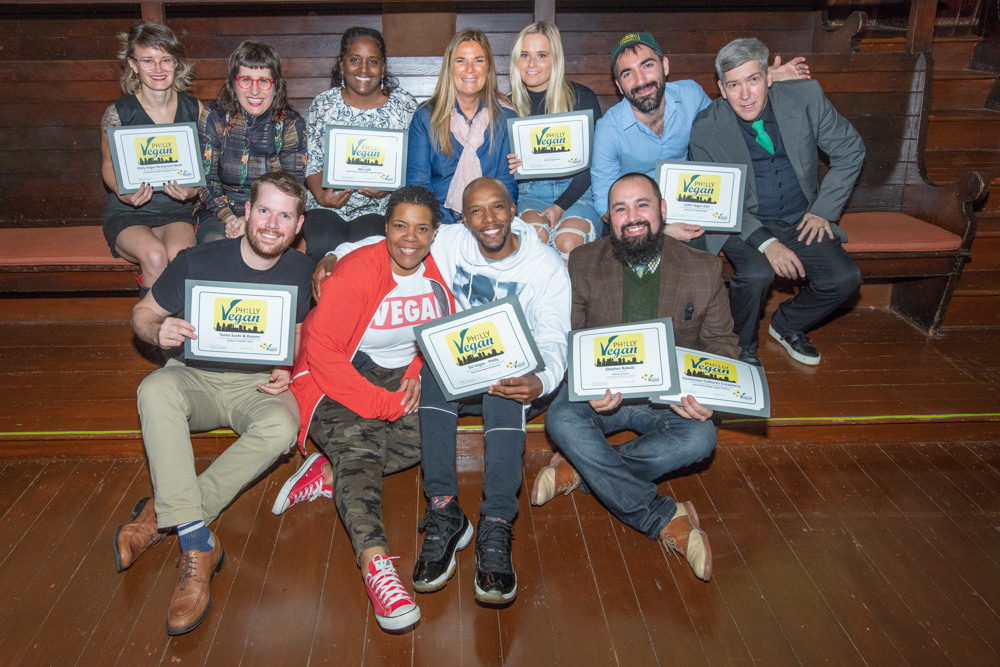 Thanks to all who came to the Philly Vegan Awards, either as nominees, food-sampling venues or vegan-awards enthusiasts. It was a night to remember!

The ballotted winners, as chosen by Philadelphia voters, are:

The Best Instagrammer award was a tie between Jen Collins and Christine Scalfo. Both Instagrammers have won dinner for 2 at Greyhound Cafe.

The life of vegan-food pioneer Alfoncie Austin was celebrated in a brief slideshow presentation. Last year’s lifetime achiever Rich Landau contributed a video clip to announce the Future of Food 2019 recognizing advances in vegan food from the new generation of Philly vegan chef/creators. which went to Stephen Babaki of Conscious Cultures Creamery.

Additionally, The Nile Café was honored as the longest-running vegan restaurant in Philadelphia. The Philly Vegan Awards will return in November 2021. See you then! (Photo: Robert Stolpe)