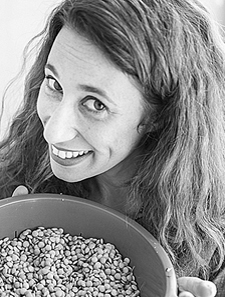 Bio: Ori Shavit is a food writer and critic, media person, a leading promoter of the Israeli vegan cuisine and vegan culture, and an activist for animal liberation and green lifestyle. Ori organizes and hosts cooking workshops and dinners, offers culinary counseling, and owns the urban vegetable restaurant, Miss Kaplan, in Tel Aviv. She publishes recipes and info on her website Vegansontop.com and on the food channel of YNET, one of the most popular Israeli news and content websites. Shavit cooked for the first vegan dinner in the Israeli Parliament on the Knesset’s Animal Rights Day. Ori speaks fluent English and Hebrew and tours in the U.S.

Sample Talks: The Compassion Revolution: How and Why Veganism Has Taken Israel by Storm; What You Eat Can Change the World; Culinary Activism; Mediterranean-Israeli cooking demo