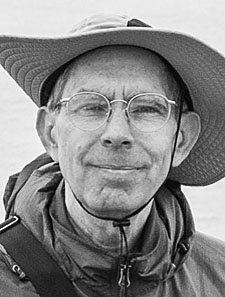 Bio: Mike Hudak, PhD gives presentations throughout the U.S., educating the public about the production of beef and the environmental harms of ranching.  He wrote a book related to these topics and produced a companion series of videos. Mike has been involved in the introduction of legislation in the U.S. House of Representatives, and he has also led a successful campaign within the Sierra Club to strengthen its position against the raising of cattle on public lands.