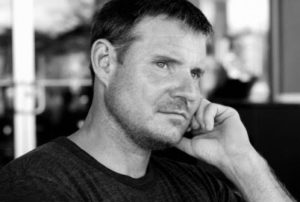 Crowd favorite SGT VEGAN returns to the American Vegan Center for a presentation on going vegan and making it last.

Bill Muir will talk about being vegan for over 30 years, being vegan in the military and about his new novel, DEAD MEAT. The book is a blend of science fiction and horror set in the not-so-distant future, touching on themes of animal rights, human rights, and America’s flirtations with fascism. Bill Muir’s vegan journey includes rocking out as a vegan punk rock kid in the Philly suburbs in the early 90s, serving as a vegan combat medic deployed to Afghanistan, and working in healthcare as a vegan RN through the pandemic. Sgt Vegan will share how he stuck to his ethical eating plan through three decades of tough situations, and will doubtless inspire many to do the same!

Bill Muir, RN (Sgt. Vegan) left a cushy job teaching English in Japan after 9/11 to join the Army. Despite being afraid of heights, he became a paratrooper, and served with the 173rd Airborne Brigade in Afghanistan as a Combat Medic. A vegan since 1992, Bill adhered to his plant-fueled diet throughout his rigorous Army training and deployment. Honorably Discharged from the Armed Services, Bill earned a Certificate in Vegan Culinary Arts from Atlantic Union College and a Bachelor of Science in Nursing from Drexel University, and authored the book Vegan Strong. His most recent work is Dead Meat (2022).